Coolmoyne and Moyglass Vintage Club are hosting a silage extravaganza and family day on Sunday July 26th on Joe Trehy’s farm at Mobarnane, Moyglass. This promises to be the biggest working event in Ireland for 2015 and entries have been received from all over Ireland and the U.K. The local club members are joined by experienced silage operators from surrounding clubs and counties. Club members met like minded silage and vintage enthusiasts a few years ago and the idea of holding a large event was discussed and two trial runs were held last year. The venue is ideal as it is only 10K from the M8. There are over 100 entries for the silage cutting and it will be a sight to behold when all of these kick into gear on one site. We are creating a record for double chop harvesters and Lee trailers. One entrant is driving his tractor from the north of Ireland and the boys from the west are travelling in convoy to The Horse and Jockey. Our tractor run will take place on Saturday 25th July when we will meet the contingent from the west at The Jockey and escort them back to Moyglass. We want to emphasise that the main events are really part of a family day out. There will be a static display of vintage tractors , cars, oil engines and implements etc. An old fashioned threshing. butter making , a lady blacksmith, trade stands and auto jumblers will add to the enjoyment for the public. Of course we cannot forget the children and these will be catered for with bouncy castles, slides, swinging boats, train rides, amusement arcades , ice cream vans and shop etc. Food will be available all day. The dog show is sponsored by Moyglass Kennels, so get grooming and give your pets a day out also. Neighbours are very kindly providing parking facilities.
The event will commence at 11am with cutting for single chops, precision chops, wagons and self propelled dating from the sixties to the eighties. Paddy Lee of Lee Trailer fame will officially open the extravaganza at 2pm followed by the double chop record challenge and the Lee trailer record challenge.
Eamonn O’ Dwyer of Tipp F.M launched the event when an episode of Down Your Way was recorded at the Village Inn Moyglass on 13th June. This was a memorable night of trad music, interviews and nostalgia. The Pheasant Pluckers were joined by a host of singers and musicians. Eamonn will return to record another episode on site on Sunday July 26th. And the Pheasant Pluckers are returning to Ned Kelly’s on Sat 25th July. Irish T.V are sending a film crew to record the event ,which will be aired on channel 191. A host of journalists from Ireland and Peter Love from England are covering the event. South Tipperary Hospice are the charity who will receive the proceeds from the event and what a worthy cause. Admission is very reasonable at €5 and children under 12 are free. So whether you are a silage enthusiast or looking for a good family day out head for Moyglass on Sunday July 26th and become part of this unique event and also support a most notable charity. 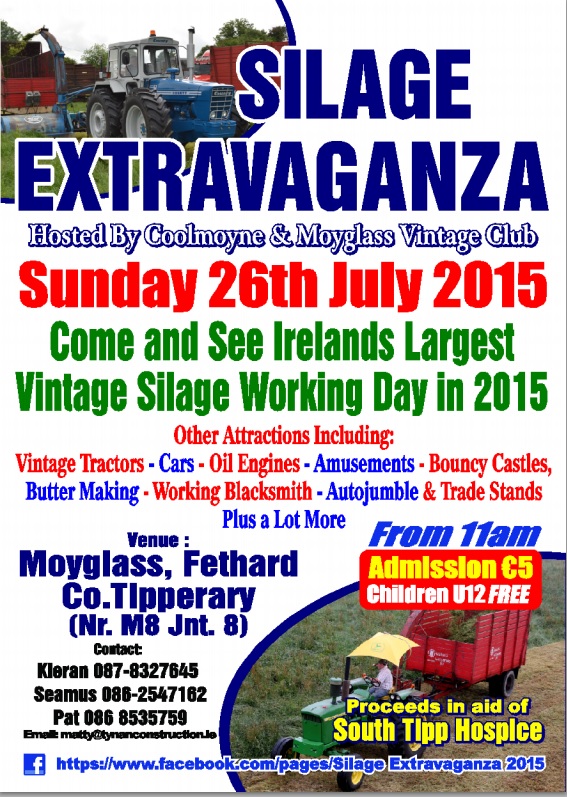 Results of the third of the new Moyglass members draw which took place recently.
€1000 goes to Noel Butler.
€200 to Kathleen O’Connell.
€100 each to James Fogarty, David Curran & Gleeson Quarries.

Our annual sale of work takes place on Sunday 23rd Nov. This is a fundraiser for the annual Senior Citizens Party which will be held on Dec 8th when we will entertain 80 to 100 of our community’s older citizens. This sale of work relies heavily on the generosity of the business community and the individuals, for donations of cash or saleable items. Items donated will be sold or auctioned, or may be given as raffle prizes. If you can donate to this worthy cause, please contact any member of the committee or leave a message here or on our Facebook page. Your generosity is much appreciated. 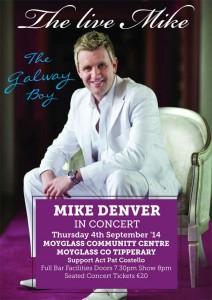 Do you think you have the fittest family in the Moyglass area? Enter our competition and find out. Cash prizes! Click on “Competition” above. 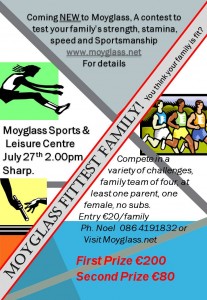 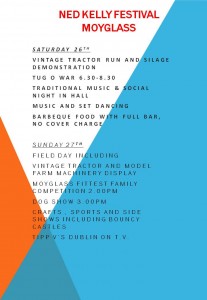 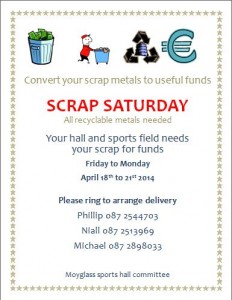